This article applies to:

In Microsoft Office 365, a delegate is granted permissions to a calendar in Microsoft Outlook. When the delegate tries to delete an calendar item,  the following error message is displayed:

The item could not be deleted, it was either moved or already deleted, or access was denied.

When an calendar item is deleted, Outlook 2016 attempts to move it to the Deleted Items folder of the original mailbox.

If the delegate does not have permissions on the Deleted Items folder, the operation will fail.

Assign the delegate with at least Author permissions on the Deleted Items folder in Outlook.

In earlier versions of Outlook this was not an issue as deleted items were moved to the delegate mailbox.

This behavior is controlled via the DelegateWasteBasketStyle registry key which can be found under:

This key can have values of:

4 – move deleted items to the Deleted Items folder in the original mailbox.

8 – move deleted items to the Deleted Items folder in the delegate mailbox. 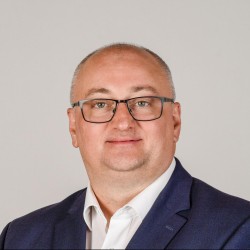 He lives in Zurich, Switzerland and is a dedicated specialist, with 27 years of professional work experience in IT.

Before starting Exchangemaster GmbH he worked as a system engineer and project manager with customers of all sizes and across many industries: From small ISV startups and a NGO humanitarian organizations up to largest international corporations like Stryker, Swisscom, British Telecom and Nyrstar.

He spent his entire career delivering Microsoft based infrastructure solutions with main focus on Active Directory and Exchange. During those years, he collected a valuable work experience on 8 Exchange generations (2019, 2016, 2013, 2010, 2007, 2003, 2000 and 5.5) and has delivered services to a user base of more than 3.2 million mailboxes in on-premise, hybrid and Office 365 deployments.

Beside working on customer projects, he is a regular speaker and expert at Microsoft conferences and user groups. As a Microsoft Certified Trainer he also teaches Microsoft Official Curriculum courses to technical professionals around Europe.

For his work he has received numerous awards.

In 2005 he was the first member to be elected into the MCP Hall of Fame by Windows IT Pro Magazine readers choice (as 1 of 6 worldwide).

From 2005-2017, Dejan has been awarded by Microsoft Corporation with the yearly Microsoft Most Valuable Professional award in area of Exchange for 12 years in a row (one of approximately 100 worldwide and, at the time, the only 1 such in Switzerland).